The 2014-2019 Yamaha MT-125 is the learner licence-friendly baby of a burgeoning model family. Designed to be the entry point for new riders before they move on to the A2 world of the Yamaha MT-03 and beyond.

The MT-125 has everything you need at the 14.7bhp restricted licence point in your riding. First and foremost, it looks fantastic. Its beefy stature (for a 125) and aggressive road stance make it look like a bigger bike than it is. Underneath it’s a naked version of the popular and racy 2008-2018 YZF-R125.

It’s not just for new riders, though. A claimed mpg figure of 134 makes it a very attractive option for beating the traffic jams on your commute. It’ll even cope with motorway speeds relatively well.

The liquid-cooled Minarelli engine has been used in the YZF-R125 since 2008 and has proved reliable in that time. The baby MT is put together incredibly well. The 15bhp motor packs a decent punch. Yamaha has thoughtfully included a shift light to aid those with eager throttle hands and nice touches like that add to the MT’s bragging rights. 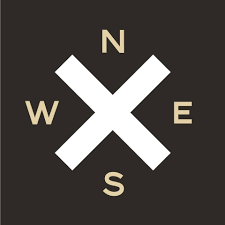